Time for a new challenge over on DCD Christmas Club and the theme for this one is Christmas Angels/Fairies.  We're being sponsored by Prarie Fairy Designs for this one and the prize is 5 digi images of your choice from their online store.
Here's my DT card. 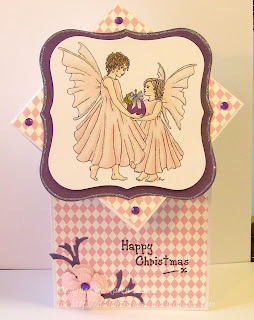 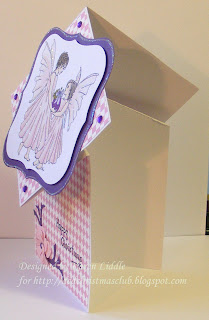 The image I used is called Sugar Plum Fairies and you can buy and download it HERE  I coloured the image with ProMarkers and the BP is from Pink Petticoat.
Posted by Karen at 9:50 am 1 comment:

This weeks new challenge on Digi Doodle Shops Best is the ever popular 'Anything Goes'.
Here's my DT card. 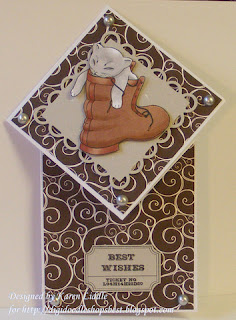 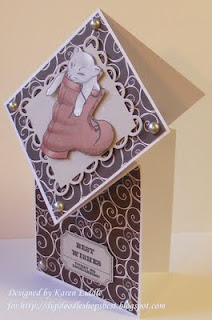 I love this style of card but never really use it..... lol.  The image I used is part of a special, I've had it for a ages..... lol.  You can find the special HERE but you only have till the 30th April to be able to buy it.   I coloured the image with ProMarkers, the papers are from Pink Petticoat and the sentiment is a stamp from Sentiments 4 You.
Posted by Karen at 12:02 pm 11 comments:

A new challenge has just started over on I ♥ ProMarkers and theme is 'No Designer Papers'.
We're being sponsored by Digi Doodle Shop for this one so we got to use their lovely images again.  You really should take a look at their online store, they have a great choice of digi images drawn by Judy and her Mom.
Here's my DT card. 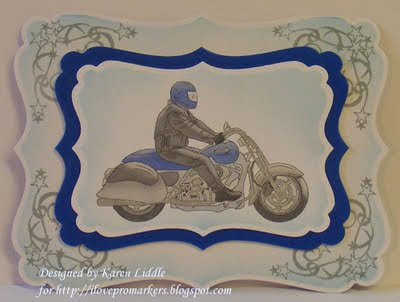 The image I used is called 'Cruis'n' and you can buy and download it HERE.  I coloured this image a few weeks ago, just after we lost my sister in law, and just couldn't find the will to finish it, so I just put it aside.  I'm so glad I kept it now..... lol.  I used the larger Go Kreate dies to cut the shape of the card and also for the mat and layering.  I used some distress ink to add some colour to the outer edge of the card, then stamped the corners using a stamp from a set by Debbi Moore.  I can't remember the name of the set it comes from, but if anyone wants to know I can find out for you.
Posted by Karen at 4:50 pm 1 comment:

Time for a new challenge over on Digi Doodle Shops Best and the theme for this one is 'Glitter & Glitz' so a good one for getting out your glitter and sparkly bits..... lol.
You're also in with a chance of winning a $10 gift certificate to spend in the online store at Digi Doodle Shop where you'll find lots of lovely digi images just waiting to be coloured.
Here's my DT card 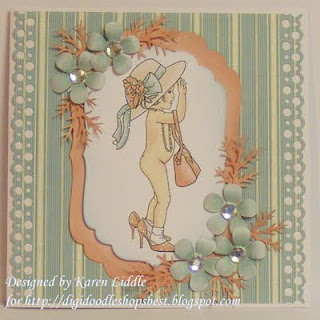 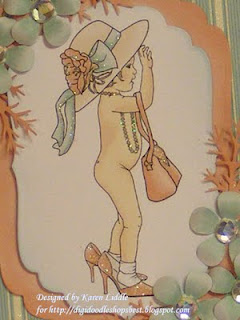 This image is called All Dressed Up 2 and you can buy and download it HERE
I coloured the image with ProMarkers and added glitter to her shoes, handbag, necklace and her hat.  I made the flowers using the Retro Flower punch and added gems in the centres.
Posted by Karen at 12:09 pm 11 comments:

I'm back with my first DT card since the sad loss of my sister in law.  I've found it very hard getting back into crafting, my mojo disappeared for a while I think....... lol.
This weeks theme over on I ♥ ProMarkers is the very popular 'Anything Goes', and we're being sponsored by the lovely Lynne over at Sentiments 4 You and the prize is a $10 spend in their online store.
Here's my DT card. 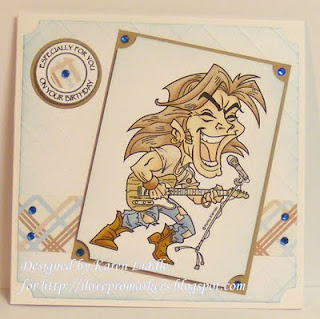 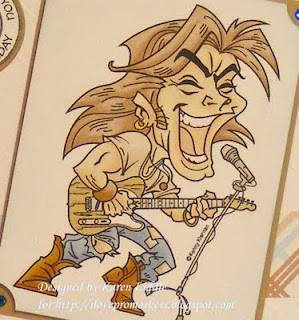 The image is from KennyK and of course the sentiment if from Sentiments 4 You.
Posted by Karen at 10:33 am 5 comments:

My Tribute To My Sister In Law, Lynn 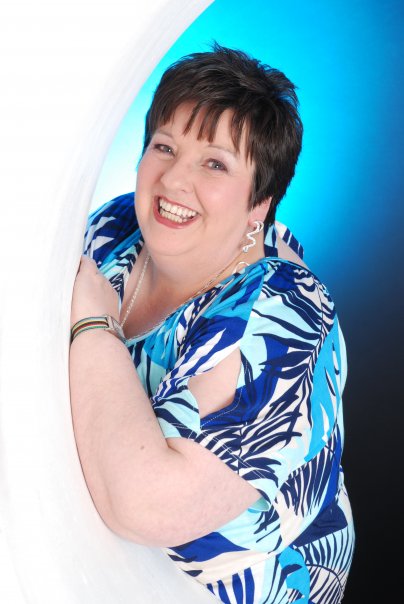 This is my lovely Sister In Law and best friend, Lynn, who sadly lost her battle with breast cancer on 25th March 2011 at the age of just 49.
I wanted to do this as she always encouraged me in my card making and always got me lots of orders for cards, mainly at Christmas.  She always asked to see what cards I'd been making and I even managed to get her to make some candles a few christmas's ago.... lol.
She was thrilled to bits for me when I started working at Debbi Moore Designs earlier this year, my first job in 20 years! (I gave up to have my children)
Lynn was diagnosed with breast cancer in April 2006 and I promised her then that I would be with her every step of the way, no matter how long it was going to be.   She had a total of 9 operations over the 5 years, and 2 courses of chemo therapy and radio therapy.  One of the operations saw her lose one breast then a couple of years later, the cancer appeared in the other breast so ended up having that one removed too.  Through everything that was thrown at her, she never stopped smiling and fighting.
About a year ago after having a routine scan we were told that there was cancer in her lungs, so she was put on chemo again to help slow it down.  Then just about 4 weeks ago, she was rushed into hospital with breathing difficulties, she had fluid in her lungs, so she had them drained and returned home feeling quite well.  She told me a few days later that she felt like her lungs were filling up again, so back to the hospital we went and she had another scan.  The results were that it was the cancer causing her breathing problems and they would change the chemo.  She got an appointment with another doctor and he said she couldn't have anymore chemo as she wasn't well enough.  Naturally she was upset with this, but they said they couldn't give her it as the side effects would make her even worse.  This was on the Monday, by the Thursday her breathing was really bad and was rushed into hospital again.  This is when we were told they didn't think she would make it through the next 24 hours, I was gobsmacked, just couldn't believe it was all happening so fast.  She wasn't unconscious but was kind of sleeping, but mumbling things all the time and quite restless.  We wanted to transfer her to the hospice, but they wouldn't let her go as she could die during the transfer, so we said we would see how she went through the night and think about it again in the morning.  I sat at her bedside right through the day and night, watching her struggling to breath, just holding her hand trying to give her some comfort.  The rest of the family were there too.  She got through the 24 hours and we decided we wanted to move her to the hospice regardless of the risk.  It was her wish to end her days there, and I was determined to carry it out.  She was transfered there within a couple of hours.  The hospice staff were brilliant with her and Lynn was so much more relaxed.  Sadly Lynn only spent a couple of hours there before passing away peacefully, as I held her hand.  It broke my heart to lose her and there will be a big chunk missing from my life now.
Lynn was only 6 months older than me though at school she was a year above me.  We knew who each over was, but were never friends.  Little did we know I would one day marry her eldest brother.  Even when we married and became family we didn't have much to do with each other, just the usual present swapping at birthdays and Christmas.  It wasn't until 7 years ago that I went on a girly night out with her and her sisters, that our great friendship started.  We started going out regualar either Friday or Saturday night and what good nights we had, laughing so much our ribs hurt..... lol.  I always went over to her house and got ready with her in her bedroom, while we had a few vodka and cokes.
2 years into our friendship, she discovered a lump and her battle with breast cancer began.  I was with her every step of the way.  I went to every hospital appointment with her, sat by her bed after her operations,  laughed with her and cried with her, we supported each other all the way.
Even when she was having chemo and radio therapy I sat in the waiting room while she had it done

I often said to Lynn that I wished we'd started our friendship years before we did and she always said, things happen for a reason.  She always believed we'd become great friends because of what she was about to face and I was meant to be the one that went through it with her.
Lynn had already arranged and booked her 70's themed, 50th Birthday party, on 16th April. We've decided that we will still have this party and make it a celebration of her life, we know it's what she would want us to do. And yes we'll still be dressing up 70's style.
I feel so privilaged to call her my Sister In Law (more like a sister) and great friend and I'm so glad that I was able to carry out my promise, made that day in 2006.
I will miss her like crazy now, but I know she's  in a better place and free from all the terrible pain she suffered, continuously over the years.
Rest In Peace Lynn.
xxxxxxx
Posted by Karen at 9:00 pm 32 comments: 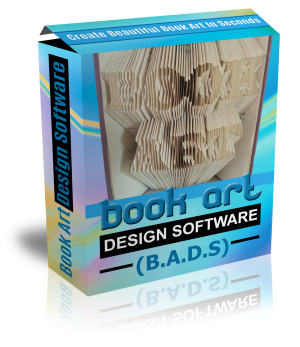